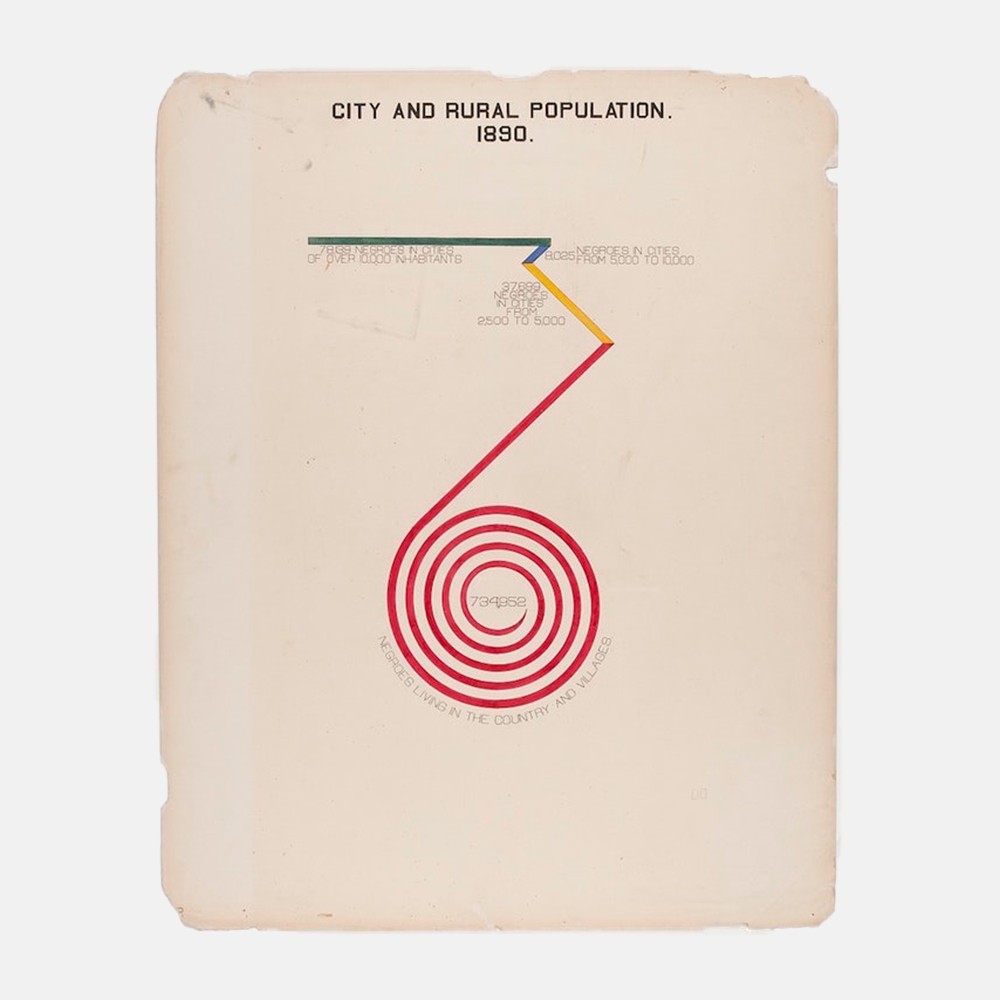 In 1900, at the Paris Exposition, W.E.B. Du Bois presented a series of charts, graphs, and maps to visually depict inequality in the United States. As a writer, sociologist, and activist, these data visualizations draw together Du Bois’s understanding of the societal divides and segregation. Nine years later, on his lifelong path to advocate for equal rights, Du Bois co-founded the NAACP.

“Assessed Valuation of all Taxable Property Owned by Georgia Negroes”

“Proportion of Freemen and Slaves among American Negroes”

An Examination of W.E.B Du Bois' Data Visualizations for the 1900 Paris Exposition