Speaking about the work [Gustav Metzger] said it was, “a stand against the brutality that humans display towards the natural world.” 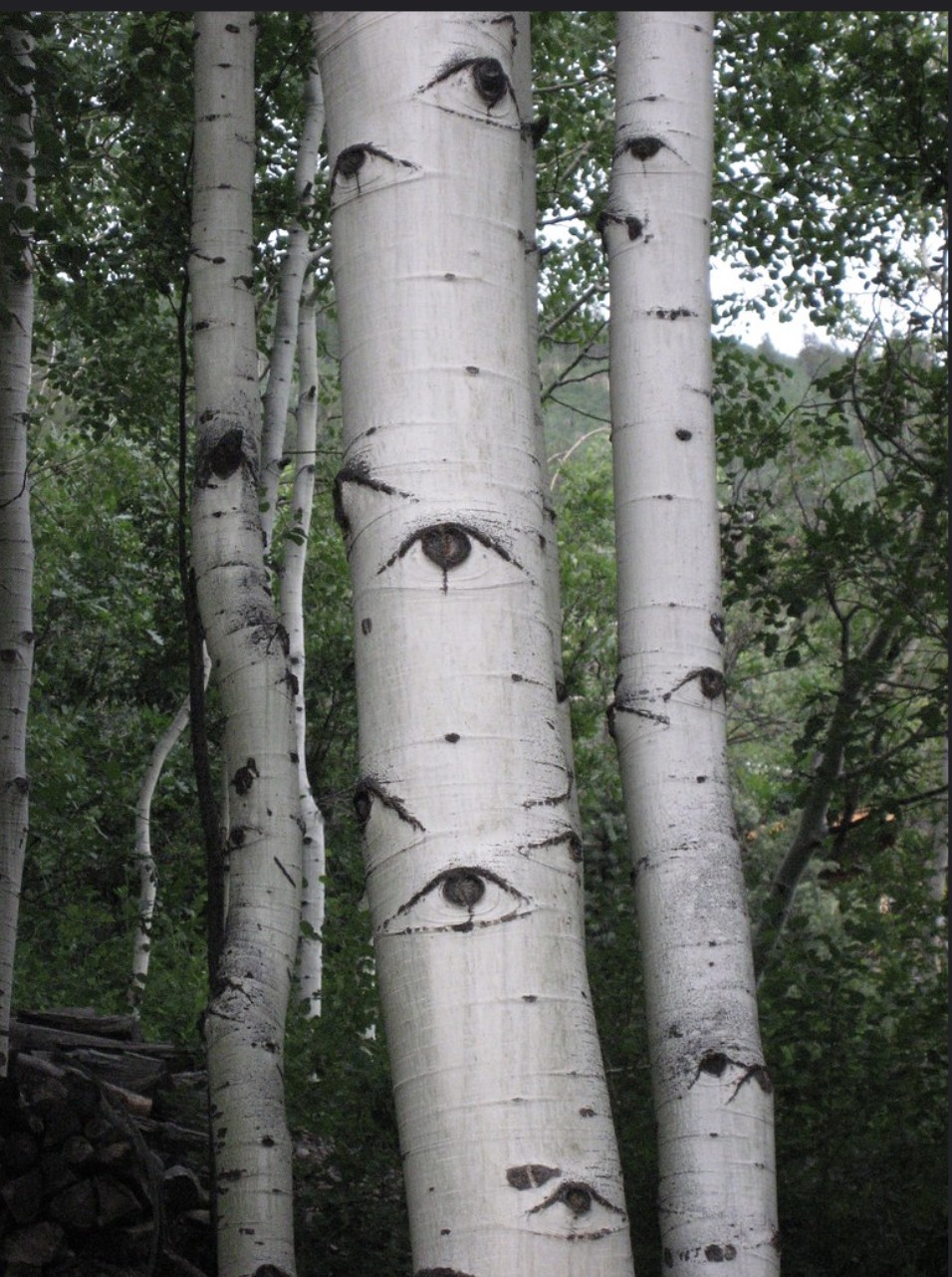 Dancing in the Linden trees became popular in Germany in the late 17th century. This tree in Peesten, Bavaria was replanted in 1951 with its dance platform recreated. It’s called tanzlinde. I was lucky to go foraging in Central Park with the preeminent mycologist Gary Lincoff who sadly died in 2018. He taught me about the Linden tree, sometimes called Basswood. I’m always in search of its honey, a delicate floral flavor.

Axel Erlandson was born in Sweden in 1884 and immigrated with his family to the United States when he was two years old. Eventually settling in California he became a farmer and began shaping trees as a hobby in 1925. The basket tree is made from six American Sycamore trees planted in a circle and grafted together. You can see many examples of his shaped trees at Gilroy Gardens, a theme park in Gilroy, CA.

The world’s oldest topiary gardens are at Levens Hall, a manor house in Kent Valley, northern England. Gardener Guillaume Beaumont created the gardens between 1689-1712 and much of it remains the same today. The manor is known to be haunted by a Grey Lady ghost.

The trees that grow on Slope Point, New Zealand, on the southernmost point of South Island are buffeted by extreme Antarctic winds.

Crooked forest in West Pomerania, Poland. 400 pine trees were planted around 1930 when this region belonged to Germany. There are many theories as to why they are curved, from intentional bending for making boats and furniture to snowstorms forcing the trees to grow crooked.

Rainbow eucalyptus - eucalyptus deglupta. Fast growing with heights reaching as tall as 250 feet. Native to the Philippines, Papua New Guinea, and Indonesia. The colorful bark sheds at different times revealing different colors according to the age of the bark. Koala bears love to feed on the leaves.

The Aspen. As the tree grows taller, the lower branches get less light and drop off forming eyes on the trunk.

Ola Cohn, an Australian artist, carved her Fairies Tree from 1931-34 and dedicated it to the children of Melbourne. You can see it in Fitzroy Gardens.

Gustav Metzger (1926-2017) Born in Nuremberg, Germany to Polish parents. He fled with the Kindertransport to London in 1939. Heavily influenced by the mass destruction of war, he co-founded the Auto Destructive Art movement. Flailing Trees (2009-10), are inverted willows plunged upside down in concrete. Speaking about the work he said it was, “a stand against the brutality that humans display towards the natural world.” Pete Townshend of The Who attended his lectures at art school in the early 60s and credits him for his signature act of smashing his guitar and amps.

Leah Singer is an artist and journalist living in New York City.
The original article: https://www.instagram.com/leahsinger8/?hl=en

There are many tree planting charities around the world, but what I like about Eden is that they are multi mission. The organization lifts people out of poverty by paying and anointing them caretakers of the trees. The trees bring the deforested soil back to life, and then crops can be planted and food reaped. It’s a nice cycle that benefits the climate, the empowerment of people and the ongoing efforts to lift people out of poverty. I spent some time in Nepal, and my brother has lived in Kathmandu for 5 years, so I am happy they work with that country. -- Leah Singer