21
The Pandemic Shows What Cars Have Done to Cities
By Tom Vanderbilt,

Before all the cars come back, we can start working on the gaps in everyday livability that have been exposed by the coronavirus—and today’s livability is tomorrow’s resilience. 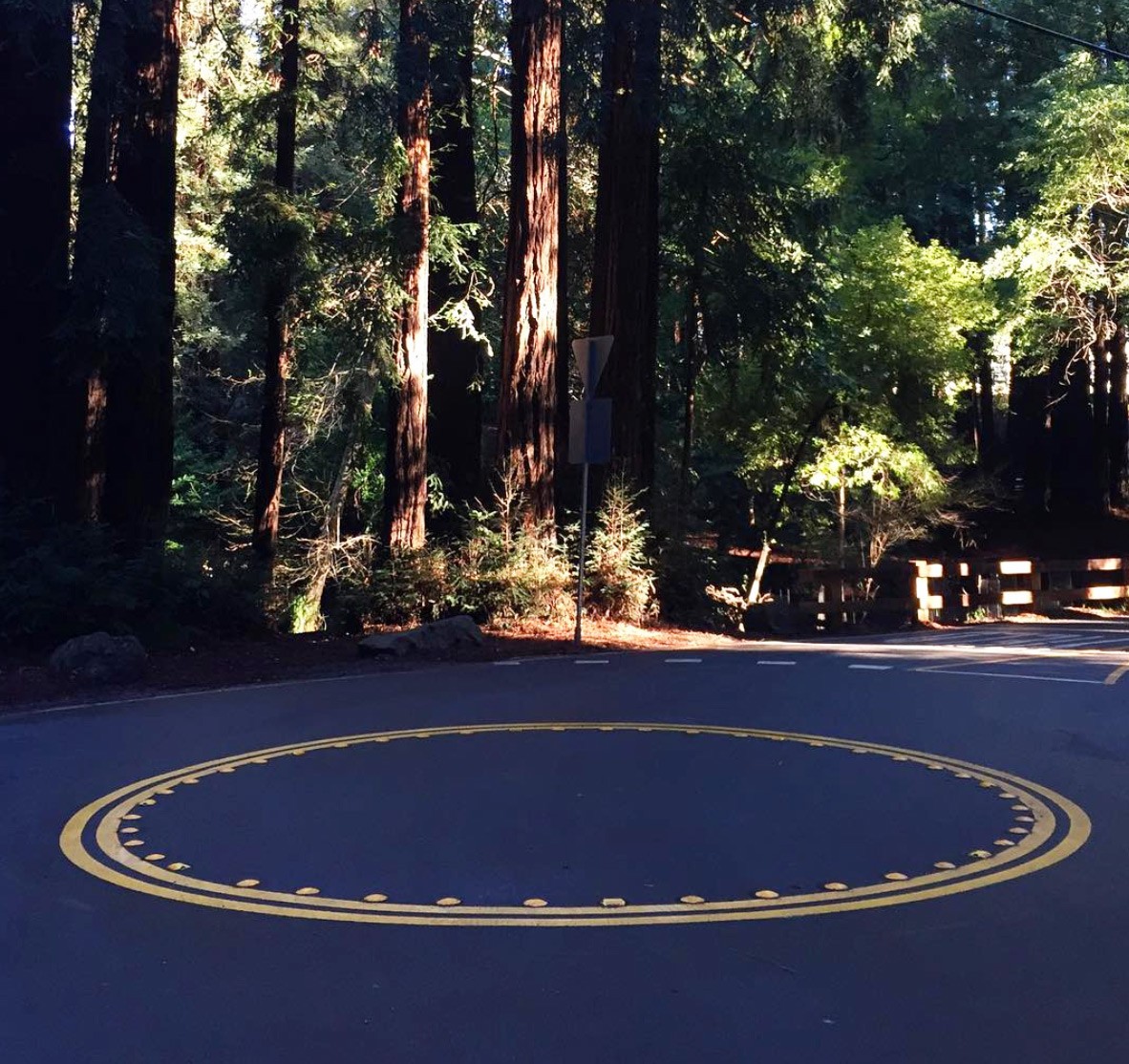 The New York City streetscape has become a strange, inverted mirror image of the normal world. Suddenly, if you have a car, and actually have someplace to go, driving seems weirdly pleasant, almost rational: Congestion is rare, gas is even cheaper than usual, and parking is abundant. This is the Hollywood version of getting around Brooklyn: No matter your destination, you can find a spot right out front. During the coronavirus-induced lockdown, not many people are driving to work, shuttling kids on the school run, or sharing Ubers home from a Lower East Side bar. Vehicle traffic moves smoothly, now that it largely seems to consist of what traffic on urban streets arguably should consist of: the movement of goods to people, the movement of public transit, the movement of emergency responders and other essential services.

For people on the sidewalks, the situation is much different. Those islands of street-side serendipity where friends once spotted one another and stopped to chat—clusters that, as the urbanist William H. Whyte observed, so often happened at corners—suddenly seem like miasmatic hot zones.

Things that might have only slightly rankled before—the couple insisting on running side by side down a narrow sidewalk, the dog walker thoughtlessly unspooling a long leash, the large family strolling four abreast—are now sources of real anxiety. The usual strategies by which one pedestrian might avoid walking into another, such as ducking into the small patches of sidewalk space nestled between street trees and trash cans, are no longer sufficient. Also disconcerting is the sight of people walking in the street, or in bike lanes. At my local Trader Joe’s, a portion of the block-and-a-half-long line of would-be shoppers (stretched as it was by the six-foot intervals between them) extended into the street, close to traffic, presumably to keep the sidewalk free for walkers.

Moments of crisis, which disrupt habit and invite reflection, can provide heightened insight into the problems of everyday life precrisis. Whichever underlying conditions the pandemic has exposed in our health-care or political system, the lockdown has shown us just how much room American cities devote to cars. When relatively few drivers ply an enormous street network, while pedestrians nervously avoid one another on the sidewalks, they are showing in vivid relief the spatial mismatch that exists in urban centers from coast to coast—but especially in New York.

That mismatch is easy to overlook when you live with it every day. If you went to any Manhattan intersection during peak hours before the pandemic, you would find throngs of pedestrians—spilling into the street, vying with one another like salmon swimming against a current. Meanwhile, the streets, despite being jammed with traffic, would hold a comparatively small number of actual people, who no doubt also felt crowded in, despite being at a comfortable remove from anyone else. Vehicular congestion is the inevitable result of a system where road space is essentially given away—and drivers, not surprisingly, line up to take advantage of the bargain. They pay with their time.

Why should the system that is moving so many more people be given so much less room? In normal circumstances, the spatial asymmetry is explained away, either through engineering standards that demand drivers be granted wide expanses of pavement or through vague mumblings about the “urban vitality” that occurs when lots of pedestrians share tight quarters.

The status quo became untenable when a pandemic required six feet of social distancing between people—a distance wider than many cities’ sidewalks. In Canada recently, two performance artists with a group called the Toronto Public Space Committee drew attention to this problem by building what they called the “social-distancing machine.” It was a brilliant provocation. They used a large circle of plastic—like a hula hoop with a two-meter radius—to create a skeletal outline of government-mandated air rights around the person wearing it. One of the artists suspended it from straps on his shoulders and then tried to walk through the city, keeping everything and everyone else at a safe distance. In a video released by the group, the hoop-wearer is barely able to navigate Toronto’s obstacle-laden sidewalks, much less share those sidewalks with others.

The social-distancing machine was actually inspired by an earlier device, the so-called Gehzeug, or “walkmobile,” created by Hermann Knoflacher, an Austrian civil engineer, in the 1970s. Knoflacher’s idea was to construct a wood-frame outline of a car that a pedestrian could wear to show how much extra space someone driving alone would consume. A cheeky, visually effective cri de coeur on behalf of cyclists and pedestrians, the Gehzeug was created at a time when even cities such as Amsterdam and Copenhagen—now renowned for their bicycle traffic—were turning their streetscapes over to the car.

The single-occupancy car itself is the original social-distancing machine. Knoflacher has likened it to a virus—a pathogen that has infiltrated its host (the city) and hijacked its molecular infrastructure to create a more welcoming environment for its own replication. “Normal human social behavior,” he writes, is transformed “into the rules of road traffic regulations in which car traffic [has] advantages in relation to all other users of public space.” We have laws to ensure sufficient parking, but no laws to ensure sufficient parks. So complete is the viral takeover that when President Donald Trump and others seek to minimize the severity of the COVID-19 pandemic, they equate its number of victims with the largely preventable death toll from traffic crashes—as if losing tens of thousands of Americans in that way every year were perfectly acceptable.

Even in a place such as New York City, sidewalks, as the architect John Massengale documented, have been shrunk over the years to make more space for cars. In my own neighborhood, many stretches of sidewalk are the bare minimum of five feet wide. This, per long-standing research, accommodates two pedestrians at once, but begins to fall apart at anything beyond that: two pedestrians encountering one walking in the opposite direction; a kid on a scooter; people stopping to chat. Making matters worse are sidewalk-shrinking obstructions such as trees, light poles, or, most egregious, traffic signs. That same street meanwhile, will dedicate more than 10 feet to an active vehicle-travel lane, as well as two additional lanes of parked vehicles—each larger than the sidewalk itself.

The message is clear: The storage of empty vehicles is more important than the neighborhood’s fundamental mode of transport. Which is why some of the tensions that have flared during the coronavirus crisis—over runners using the sidewalk, or pedestrians using the bike lane—are particularly tragic. These confrontations are often ascribed to some personality flaw of the runner or pedestrian herself—she’s rude or entitled—rather than seen as an indictment of the misguided system that pits two people on a narrow sidewalk against each other in the first place. No one yells at a parked car, and the driver who scuttles by in the road gets a free pass, even as his driving imposes noise, pollution, and elevated climate risk upon those around him.

We often take the allocation of urban space as a given; hard concrete, we might assume, merely reinforces the normal order of things. But cities have more space available for pedestrians and cyclists and various forms of micromobility than we might think. That much becomes clear—at least in New York and other northern cities—every winter. The tire tracings one sees at intersections during snowstorms show that drivers use only a portion of the space given to them. At key points—a.k.a. “neckdowns”—vehicular lanes can be narrowed and curbs extended so that pedestrians can cross faster. (The unlovely portmanteau sneckdown describes the hemming in of car lanes by snow banks after winter storms.) Wide lanes, typically intended as a safety mechanism, simply encourage drivers to step on the gas. Unsurprisingly, the dearth of drivers in Los Angeles and New York City at the moment has led to increases in speeding. Because so few people are driving, the number of motor-vehicle crashes has dropped during the lockdown—saving California alone $40 million a day, according to one study—but it could fall still lower if drivers stopped using the pandemic as a license to step on the gas.

The current crisis gives us the impetus to rethink and recalibrate, at least temporarily, the allocation of urban space. Cities including Oakland and Berlin are redrawing lines, or reclassifying through streets as public spaces. One of the most ambitious plans, Milan’s Strade Aperte (“Open Roads”), brings wider sidewalks, temporary cycling lanes, and lower speed limits to some 22 miles of city streets. The region around Paris has gone even further, announcing plans for a 650-kilometer bike network. When successful, interventions that take space back from cars have a habit of sticking.

New York, in contrast, has largely stuck to the status quo. Mayor Bill de Blasio briefly opened up space along 1.5 miles of roadways before calling off his own experiment. Many steps that cities have taken to improve conditions for pedestrians have been decidedly modest—for instance, some local governments have automated their pedestrian-crossing buttons, so people don’t have to touch a potentially contaminated surface. It’s nice, but raises the question: Isn’t the larger problem the idea that the pedestrian has to ask permission to cross in the first place?

An old adage in transportation planning says that the strongest predictor of your trip today is the trip you took yesterday. Like a lot of human behavior, the way we get around is largely habitual—as much for societies as individuals. “In general,” notes a Danish study about how to change people’s commuting behavior, “people reserve deliberation and conscious decision-making for novel situations and for when new problems arise in old situations.”

Which is exactly where we find ourselves now. When the lockdown eases, pedestrians will still need to give one another a wider berth than they did before the pandemic, and they deserve to be accommodated somehow. Before all the cars come back, we can start working on the gaps in everyday livability that have been exposed by the coronavirus—and today’s livability is tomorrow’s resilience.

Walk, bike, or use mass and shared transit whenever possible

If you drive, consider a "trip-chain" and head to the closest places first (can save an average of $58/month in gas and also reduces your greenhouse gas emissions).

Download this app and try to find an alternative transport to a car.