5
On the Minds of Black Lives Matter Protesters: A Racist Health System
By Akilah Johnson,

Black lives are being lost to COVID-19 at twice the rate of others. For protesters we talked to, that’s one more reason to be on the street. 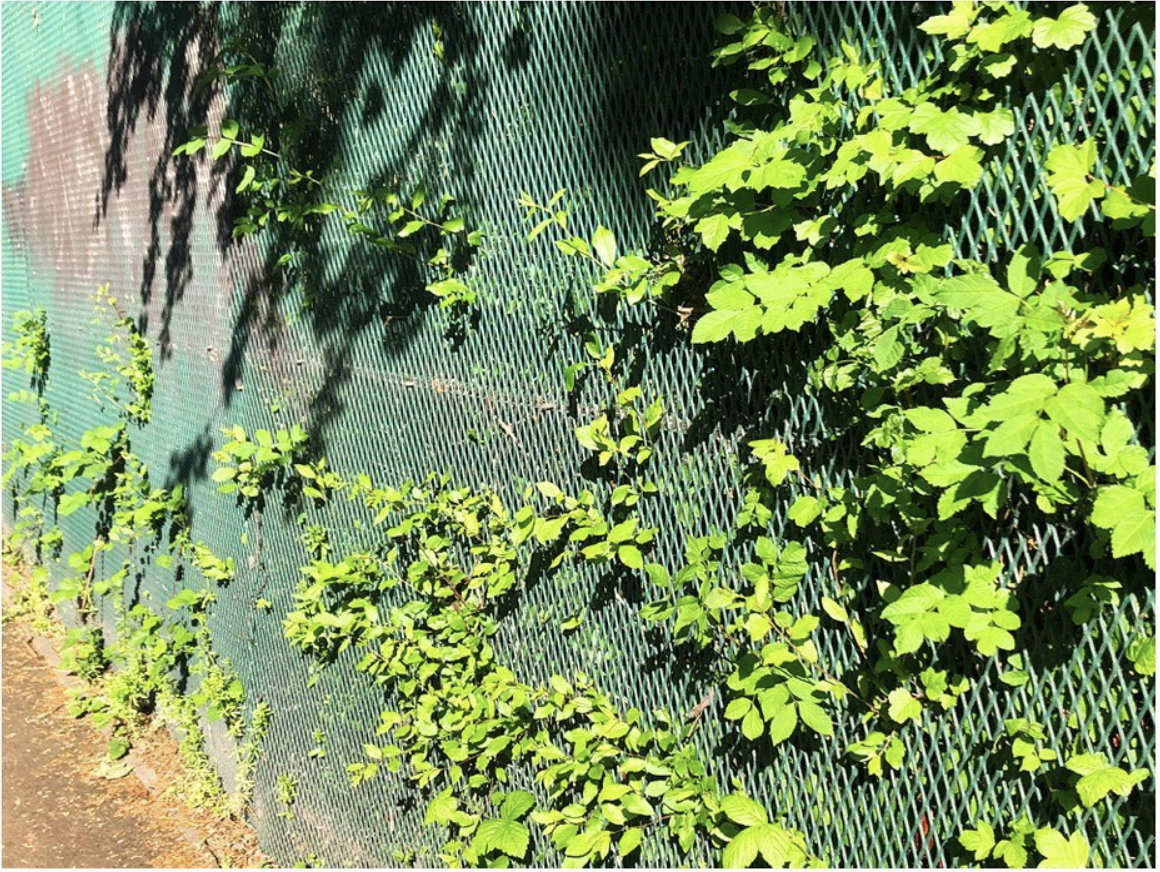 On the Minds of Black Lives Matter Protesters: A Racist Health System By Akilah Johnson
Originally published by

Black lives are being lost to COVID-19 at twice the rate of others. For protesters we talked to, that’s one more reason to be on the street. “If it’s not police beating us up, it’s us dying in a hospital from the pandemic,” one said.

WASHINGTON — On Tuesday, when he decided to protest, William Smith, 27, used a red marker to write a message on the back of a flattened cardboard box: “Kill Racism, Not Me.”

As he stood alone, somber, he thought about George Floyd, a fellow black man whom he’d watched die on video as a Minneapolis cop kneeled on his neck eight days earlier. “Seeing the life leave his body was finally the last straw that broke the camel’s back for me,” he said.

But he also thought about people he knew, a handful of them, who died after catching the new coronavirus. “They were living in impoverished areas. Couldn’t get proper treatment. Lived in crowded conditions, so social distancing was hard to do. And they were still forced to go to work and be put in harm’s way.”

When speaking out against the loss of black lives, it is tough to separate those who die at the hands of police from those who die in a pandemic that has laid bare the structural racism baked into the American health system. Floyd himself had tested positive for the coronavirus. Eighteen black protesters interviewed by ProPublica were well aware that black lives were being lost to the virus at more than twice the rate of others, and that societal barriers have compounded for generations to put them at higher risk.

It was fueling their desire to protest and their anxiety about joining the crowd. But they flocked to the White House on Tuesday afternoon, one day after peaceful protesters there were tear-gassed so that President Donald Trump could hold up a bible for a photo op at St. John’s Episcopal Church. There were tanks on the streets, along with a battalion of federal agents, military troops and police. Many of the protesters said they were willing to sacrifice their bodies, either to violence or the virus, to be heard.

In front of the White House stood Caleb Jordan, who turns 21 on Saturday. He showed up with an overstuffed backpack to make sure his 62-year-old grandmother, Carolyn Jackson, had enough water to drink and a hoodie to protect her arms in case of violence. “I don’t know what I would do if anything happened to her,” he said. Some people had on masks. Some did not. Some pulled their masks down to talk or breathe. “I’m not comfortable with that,” he said. She’s got a chronic lung condition, and he had been so worried about her catching the coronavirus in the past few months that he wouldn’t hug her. But then she mentioned that she drove by the protests on Sunday, and immediately he asked, “Why didn’t you take me?”

He had been losing sleep over what he was seeing in social media and on TV, having nightmares in which he was fighting a “real-Jim-Crow-looking white guy in a white button-down shirt, black tie, sleeves rolled up.” His mom told him he was fighting racism. “It’s like obstacle after obstacle,” he said. “If it’s not police beating us up, it’s us dying in a hospital from the pandemic. I’m tired of being tired. I’m so tired, I can’t sleep.” It was something he continued thinking about until he couldn’t help himself, sending a text at 3 a.m. asking his grandmother if they could attend together. “I thought about it and said, ‘This is a teachable moment,’ ” she recalled.

So Jackson took the day off from her job as an accountant at a hospice organization and put on some peace sign earrings and a T-shirt from the 20th anniversary of the Million Man March. On the car ride into the city, her grandson asked about her struggles with race. She explained what it’s like being a professional black woman with over 30 years experience who still feels overlooked for opportunities because of questions about her qualifications. Her awareness of being treated differently dates back to how her white paternal grandmother favored her lighter-skinned cousins. She found solace in her black maternal grandmother, who would comb her hair while she sat between her legs. Jackson wants her grandson to feel that kind of comfort from her.

That desire extends to her mission to help the black community understand palliative care is an option that can offer dignity and support at the end of life. “Because when people hear hospice, their hands go up and they say, ‘I don’t want to hear it.’” She’s also heard that resistance when it comes to getting tested for the coronavirus; she has gotten tested twice and plans to get tested again. She feared being exposed on Tuesday, but being here with her grandson was too important to miss. “We internalized a lot with my generation,” she said, “but I think it’s important for him to see this.”

N.W.A.’s “Fuck Tha Police” blared from a nearby speaker outside St. John’s Episcopal Church until an interfaith group of men and women bowed their heads and began to pray. Among them was Timothy Freeman, pastor at Trinity African Methodist Episcopal Zion Church, who wore a brightly colored kente cloth-inspired mask, its vibrant yellows and reds standing in stark contrast to his ministerial black suit and white clerical collar.

Freeman, 42, knows eight people who have been diagnosed with the virus; one died. For two weeks, a sick friend had a fever and could barely move from fatigue but refused to get tested, running through all the scenarios of what might happen if he had it: What if he wound up isolated in an ICU with no one to advocate at his bedside? Another sick friend worried an ambulance would take him to a hospital that he didn’t trust. These conversations, the pastor said, are always infused with an awareness of the medical system’s record of neglect and abuse of black people, from dismissing their pain to using their bodies for research without consent. The virus has forced this all top of mind.

A licensed occupational therapist for 19 years who spent a decade managing a skilled rehab facility, Freeman said he has seen racial disparities in health care firsthand and that access to adequate insurance coverage is crucial. “I have seen diagnostic tests not performed … and hospitalizations cut extremely short — or not happen at all — because of insurance.” COVID-19 is affecting black and brown people in disproportionate numbers, “and not just because we’re black and brown, but because of the social and economic conditions people are forced to live in,” he said.

“All of it comes together. What happened with George Floyd publicized to the world the experience that we live,” he said. “It’s a conglomeration of everything.”

A block away from the prayer group, Elizabeth Tsehai, 53, drove slowly in her BMW SUV, honking her horn, as federal agents in riot gear began to march past the crowd just behind her. She had a Black Lives Matter T-shirt displayed on the dashboard and a bike rack on the top of her car that she joked made her look like the “caricature of a soccer mom.”

She stopped her car on the road and remained there as protesters to her left took a knee. There was some heckling from the crowd but no one was in anybody’s face. A Secret Service agent warned her to move. Her response: “Arrest me. I can’t breathe!” Agents then pulled her from her car and to the ground and handcuffed her. “I didn’t resist because I know they just arrest you for resisting arrest,” she said. “But the minute they pulled me up on my feet, I was talking all kinds of trash.”

Elizabeth Tsehai was stopped in her car, honking in support of protesters, when Secret Service agents pulled her out and handcuffed her.

Her car was left unlocked in the middle of the street, where it was protected by protesters. She was questioned and released. She said agents told her they were afraid she was going to hit protesters because people have been using their cars as weapons. They told her to move it and leave. The Secret Service did not respond to questions about this incident.

“Ordinarily, I would not get involved,” Tsehai said. But George Floyd’s death was enraging, as were “all of the things that came before it.”

All of the things.

How a white nurse looked her up and down when she arrived at the hospital to give birth to her son and sneered, “Can we help you?”

How her brothers, who live in Minneapolis, recount being pulled over by police for driving while black.

How a black man couldn’t watch birds in Central Park last week without having the police called on him.

“The pandemic is hitting black people hard and exposing these structural inequalities,” she said. “Then on top of that, you get Amy Cooper … weaponizing her white privilege at a time when he might end up in jail, where infection is rife.

“But when they manhandled protesters who were peaceful, that was a bridge too far,” said Tsehai, who grew up in Ethiopia under an authoritarian regime during a period known as Red Terror. She didn’t know life without a curfew until she moved to the United States to attend Georgetown University 35 years ago.

“Moments like this are quite unusual,” she said. They can also inspire change, a message she shared with her children, ages 12 and 14, when recounting her ordeal with them. “I want these children to live in a different world. It’s not enough to read about it and get outraged and talk about it at the dinner table. Silence makes you complicit.”

On the Minds of Black Lives Matter Protesters: A Racist Health System

Support The Southern Poverty Law Center. The SPLC stands up for the powerless, the exploited and other victims of discrimination and hate.