3
On governing by design
By Paola Antonelli,

Design is much more than logos, posters, buildings, and objects. New fields such as social design, information design, and design thinking offer the right tools for all sorts of social agendas. 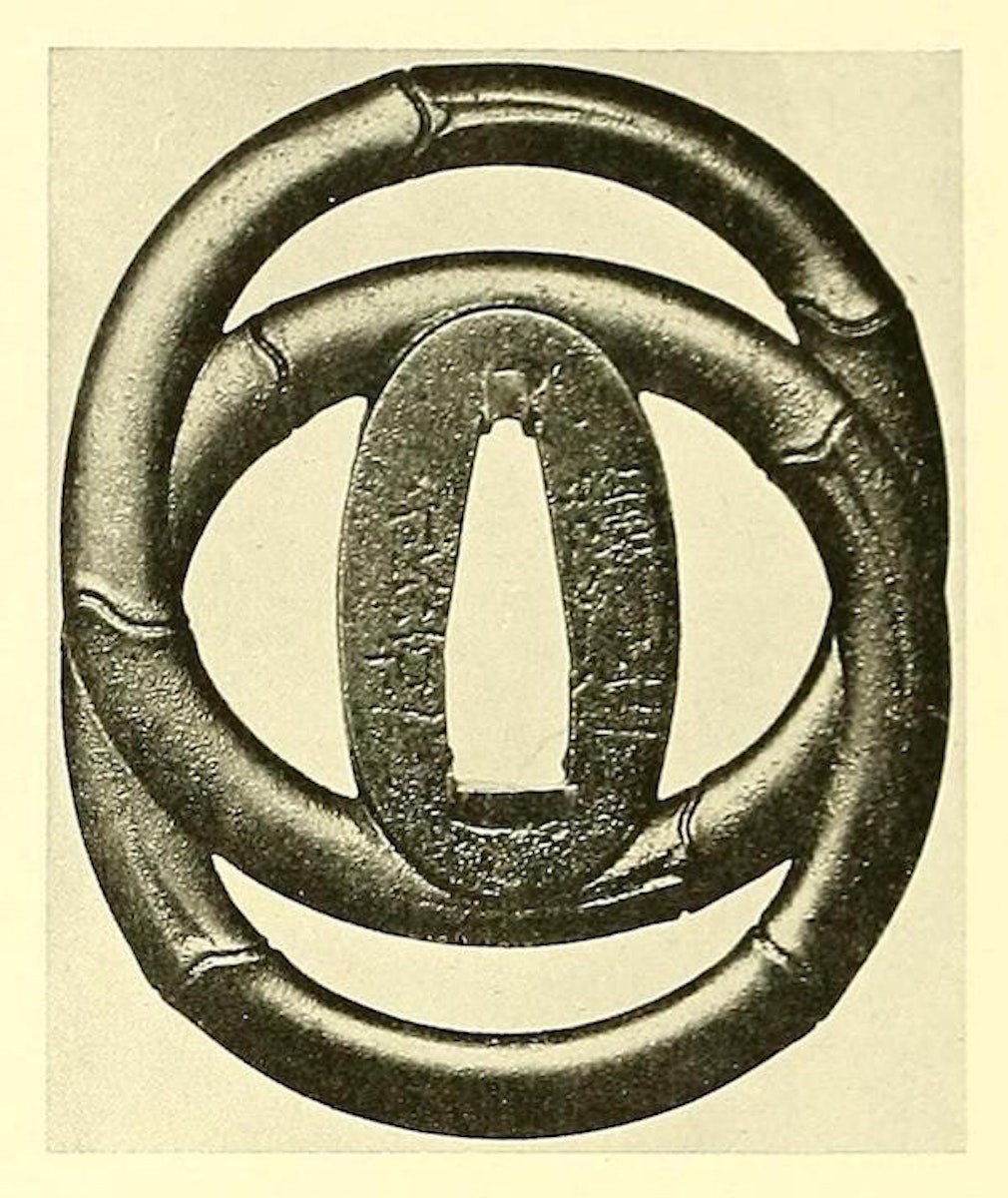 On governing by design By Paola Antonelli
Originally published by

Design is an inescapable dimension of human activity. To adapt one of my favorite quotes by Reyner Banham, like the weather it is always there, but we speak about it only when it is exceptionally bad or exceptionally good. Design is also a powerful political tool, as pharaohs, queens, presidents, and dictators throughout history have taught us. It comes not only in very visible and traditional applications—in the national identities expressed by currencies, symbols, monuments, and public buildings—but also in less apparent and yet equally momentous applications such as the design of complex systems, ranging from territorial infrastructures to the planning of new communities, and the translation of technological and social innovation for the use of the population.

Design has been a mighty governing tool and an instrument of power for all those regimes that have known how to recognize it and use it. Iconic examples of design’s alchemy with politics abound, from the Egyptian pyramids to the transformation of Paris by Baron Georges-Eugène Haussmann under Napoleon III at the end of the 19th century and by President François Mitterand in the 1980s; from the sinister and incisive branding and the tragic racial redesign determination of the Nazi party, to the creation of a new populist capital for Brazil in the 1960s—desired by a conservative president, inspired by the dream of an Italian Catholic saint, and planned by a socialist architect and a communist urban planner.

Totalitarian regimes in which the decisional power is extremely concentrated and not subject to public accountability—the goals are set and clear, at least to the governing body, and the means are all under the same agents’ control—tend to have not only a keen sense of style, which they often use for propaganda and persuasion, but often also a keen instinct for the usefulness of design as a method and process to achieve their objectives. More complicated and compelling, however, is the relationship between design and democracy. Since democracy is by definition pluralistic, inclusive, universal, and popular, and decisions too often happen by committee, many democratic societies do not display a consistent design philosophy.

The few that do have learned to rely on design at all different scales, from the stamp to the city, with visible and exemplary results. The democratic approach to design seems to have worked very well in many Scandinavian countries, where every issue is attacked as a systemic, social design project. The Netherlands, a country born out of the design act of engineering land reclaimed from the sea, and a state that has often been its designers’ best client, stands out as a champion of this attitude. A new foundation called Design Den Haag 2010–2018 has set out to explore the “relation between Design and Government in Europe within an international context, from cultural, economic, and social viewpoints.” It will organize a cycle of events, one every other year in collaboration with different cities in Europe, and will in 2018 submit a detailed report to the European Union with suggestions for future protocols of collaboration. The scale and elegance of the case studies that have already been published show the scope of the integration of design within a government agenda.

Design has been a mighty governing tool and an instrument of power for all those regimes that have known how to recognize it and use it.

Attentive as it always is to human needs and limitations, as well as to well-being and progress, design can be instrumental in dealing with identity and pluralism in countries that have seen large waves of immigration by helping to reconfigure hybrid communities using new, open-ended symbols of belonging; it can help governments deal with pressing social issues ranging from an aging population to obesity to emergency displacements of large groups of people because of catastrophes, man-made or natural; it can support policymakers in their attempt to prototype new models for health-care systems and other large infrastructures; it can serve as an interface between science and policymaking by helping integrate innovation into people’s lives and steer behaviors in the right direction with interventions that are delicate, sensitive, and inspirational enough to make a big difference.

If all this seems too ambitious, that is because we have only begun to tap into design’s real potential. Design is too often seen as a superfluous and elitist preoccupation or, in the best cases, as a service. However, design is much more than logos, posters, buildings, and objects. New practice fields such as social design, information design, and design thinking offer the right tools for all sorts of social agendas.

At a meeting organized by the World Economic Forum in Dubai in November 2009, in which 70 groups of experts from around the world were asked to contribute ideas to improve global institutions, the so-called Global Agenda Council on Design created a set of design principles suitable also for policymakers, based on the idea that “design is an agent of change that enables us to understand complex changes and problems, and to turn them into something useful. Tackling today’s global challenges will require radical thinking, creative solutions, and collaborative action.” This design approach would be: transparent (complex problems require simple, clear, and honest solutions); inspiring (successful solutions will move people by satisfying their needs, giving meaning to their lives, and raising their hopes and expectations); transformational (exceptional problems demand exceptional solutions that may be radical and even disruptive); participatory (effective solutions will be collaborative, inclusive, and developed with the people who will use them); contextual (no solution should be developed or delivered in isolation but should instead recognize the social, physical, and information systems it is part of); and sustainable (every solution needs to be robust, responsible, and designed with regard to its long-term impact on the environment and society).

What we advocate: design applied not as a mere aesthetic or functional tool but as a conceptual method, based on scenarios that keep human beings in focus, with the means consequently allotted in elegant, economic, and organic ways to achieve the imagined goals. Even though design alone will not solve everything, it will, as always, help create and implement effective solutions that are attuned to human nature. Several countries are experimenting with this approach. For instance, Singapore has a permanent design council consisting of international and local experts advising ministers on matters ranging from sustainability to health care. Korea bets its competitive nature on design by not only supporting the promotion and diffusion of its products, but also by relentlessly lobbying to host large global events such as Seoul Design Capital 2010 and by building transdisciplinary design schools. Malaysia’s Design Innovation Center is supported directly by the president and the prime minister. These countries believe that design can support their economy by incorporating innovation and also heighten their cultural status on the global stage. Oddly enough, some of the countries most lauded for their design sophistication, such as Italy and Japan, feature the most design-obtuse governments.

The United States falls in neither group, lagging behind for lack of governmental awareness of design’s potential. After WWII, when the innovative technologies that had been devised for the war effort became available for civilian use, architects and designers like Charles and Ray Eames used them to devise an inspiring new world for the booming middle class supported by the G.I. Bill. But despite blissful moments such as this in which design and policy came together, the understanding of design outside design circles is still immature. Not for long: The attention devoted to a new category of metrics measuring the actual health, dignity, and well-being of a population is on the rise.

But despite blissful moments such as this in which design and policy came together, the understanding of design outside design circles is still immature. Not for long: The attention devoted to a new category of metrics measuring the actual health, dignity, and well-being of a population is on the rise.

Although the Gross National Happiness (GNH) index proposed by the government of Bhutan in the 1970s has not gained international acceptance, a recent debate initiated by French president Nicolas Sarkozy and Nobel laureate economist Joseph Stiglitz to revise metrics to include fundamental elements of the human condition is likely to have wider resonance. Such a move is unlikely to happen without the contribution of designers, who, even more so than philosophers, reflect the human condition. And if economists and econometrists begin to adopt design as a tool, we can be sure politicians will follow.

Read more about design's role in shaping the future.