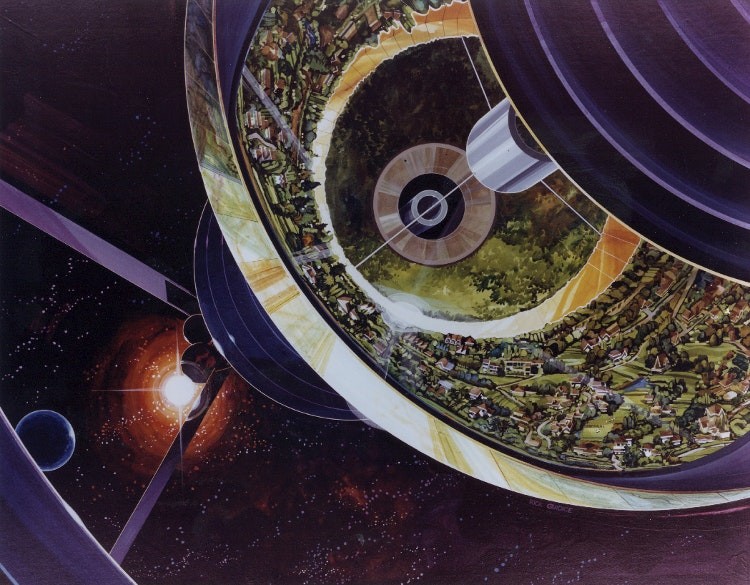 Earth Day '70: What It Meant By Gaylord Nelson
Originally published by

Ten years ago this month, the environmental issue came of age in American political life. When April 22, 1970, dawned, literally millions of Americans of all ages and from all walks of life participated in Earth Day celebrations from coast to coast.

It was on that day that Americans made it clear that they understood and were deeply concerned over the deterioration of our environment and the mindless dissipation of our resources. That day left a permanent impact on the politics of America. It forcibly thrust the issue of environmental quality and resources conservation into the political dialogue of the Nation. That was the important objective and achievement of Earth Day. It showed the political and opinion leadership of the country that the people cared, that they were ready for political action, that the politicians had better get ready, too. In short, Earth Day launched the Environmental decade with a bang.

Now, ten years later, it has become popular in some circles to write the obituary of the environmental movement, to refer to the passing of the "golden era" for environmentalism. It is asserted that public interest has waned, that new worries have captured attention, that inflation, the energy crisis, and international conflict have superseded if not wiped out public concern over environmentalism.

Those who write that view are uninformed and far removed from the environmental scene or the politics surrounding it. In fact, the politics of environmentalism are so pervasive, from the grass roots to the national capital, that it is hard to believe even the most casual observer could miss it. To anyone who has paid attention, it is clear that the environmental movement now is far stronger, far better led, far better informed, and far more influential than it was ten years ago. Its strength grows each year because public knowledge and understanding grow each year.

How Did Earth Day 1970 Change the Nation?

My primary objective in planning Earth Day was to show the political leadership of the Nation that there was broad and deep support for the environmental movement. While I was confident that a nationwide peaceful demonstration of concern would be impressive, I was not quite prepared for the overwhelming response that occurred on that day. Two thousand colleges and universities, ten thousand high schools and grade schools, and several thousand communities in all, more than twenty million Americans participated in one of the most exciting and significant grassroots efforts in the history of this country.

Earth Day 1970 made it clear that we could summon the public support, the energy, and commitment to save our environment. And while the struggle is far from over, we have made substantial progress. In the ten years since 1970 much of the basic legislation needed to protect the environment has been enacted into law:

And, the most important piece of environmental legislation in our history, the National Environmental Policy Act (NEPA) was signed into law on January 1, 1970. NEPA came about in response to the same public pressure which later produced Earth Day.

As the Council on Environmental quality's retrospective introduction to their tenth annual report states:

“In some ways, NEPA may turn out to be the most influential of our environmental laws for it not only sets forth our basic national goals for environmental protection, but it also tells us that essential to achieving them is foresight.”

There have been other accomplishments. Today, almost every State has one or more agencies charged with protecting its environment and natural resources. Nearly 150 universities and colleges have programs for environmental education. As of Dec. 30, 1979, the U.S. Environmental Protection Agency had made grants of $24.9 billion for municipal wastewater treatment projects. Firms making equipment used to clean up air and water pollution had sales of $1.8 billion in 1977 and are growing about twice as fast as the rest of U.S. industry.

It ought to be remembered that there are huge costs involved in the maintenance of the status quo, even though they do not show up on corporate balance sheets. A recent study conducted for the Environmental Protection Agency estimates that air pollution alone results in deaths costing the Nation $5 billion to $16 billion a year and disease costing about $36 billion a year. Efforts to clean up air, land, and water have yielded all of us inestimable benefits and will continue to do so. The National Wildlife Federation sums up the importance of the first environmental decade:

What has happened to the Great Lakes is an excellent illustration of what has been accomplished in the first decade of national concern for the environment.

In 1970, scientists told us that Lake Erie was dying and that the other Great Lakes were threatened by pollution from the steel plants, oil refineries, paper mills, and city sewage plants which for the previous one hundred years had befouled the world's largest fresh water system.

By 1980, the lakes had won a stay of execution, thanks to an international effort. In two Great Lakes Water Quality Agreements, the first in 1972 and the second in 1978, the U.S. and Canada solemnly agreed to begin the arduous process of cleansing the lakes. And that process has begun. Federal legislation, notably the Clean Water Act, has provided us with the means to assess and abate new threats to the Great Lakes ecosystem.

The result is that substantial progress has been made in controlling pollution entering the lakes from industrial and municipal point sources. Phosphorus levels, which once threatened the lakes with death by eutrophication, are beginning to decline. DDT is leaving the Great Lakes food chain faster than expected. However, as we approach a resolution of these old problems, new ones are identified to take their places. Within the realm of toxic contaminants, we have had to shift our focus from DDT to PCBs. Our main pollution control and abatement concern has become urban runoff and atmospheric fallout, as the existing environmental laws have progressively reduced emissions from point sources.

The lesson of the Great Lakes in the 1970s is this in less than 200 years, in less time than America has been a Nation, a brief moment in terms of man's life on this planet, significant adverse changes in the Lakes' water quality have occurred. The responsibility for these changes rests solely with man. In the 1970s, a sufficiently large and dispersed group of people recognized the fragility and finite nature of the Earth's ecosystem, understood that "everything is connected to everything else," and accepted the responsibility not only to set straight the mistakes of the past but to avoid repeating them in the future.

So long as the human species inhabits the Earth, proper management of its resources will be the most fundamental issue we face. Our very survival will depend upon whether or not we are able to preserve, protect and defend our environment. We are not free to decide about whether or not our environment "matters." It does matter, apart from any political exigencies. We disregard the needs of our ecosystem at our mortal peril.
That was the great lesson of Earth Day. It must never be forgotten.

Read more at US EPA

Track your own carbon footprint