This law that ensures the federal government informs and engages the public it serves has become one of the most important tools to protect communities and our environment. 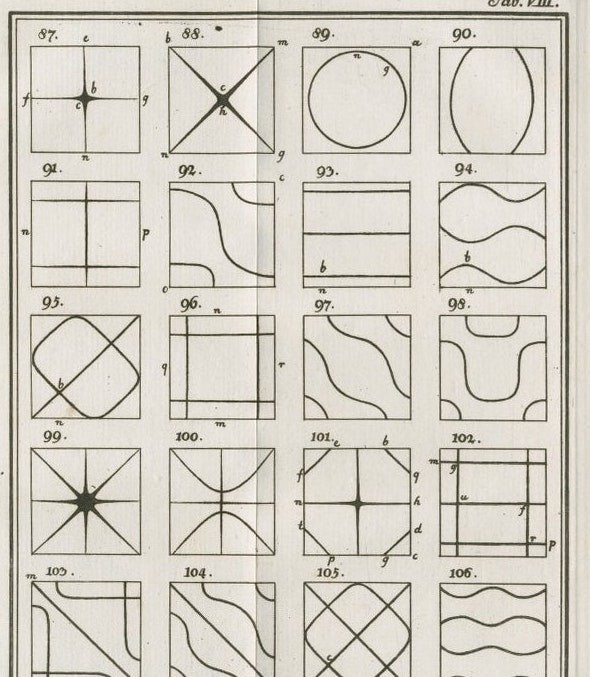 on July 16, 2020 Illustrations by:
German physicist and musician Ernst Chladni, 1787

One of the first lawsuits under the National Environmental Policy Act was brought—and won—by Earthjustice on behalf of the Sierra Club in 1971. It demanded an environmental study before the government allowed the Gila River, a tributary of the Colorado River in New Mexico, to be turned into a concrete ditch. The project failed to gain approval. The 649-mile Gila River lives to flow on today.

In the decades since, this law that ensures the federal government informs and engages the public it serves has become one of the most important tools to protect communities and our environment. Here are six of those many stories.

When the government permits a dangerous pipeline... The U.S. Army Corps of Engineers violated the National Environmental Policy Act when it glossed over the potential consequences of a devastating oil spill while greenlighting the Dakota Access Pipeline, ruled the D.C. District Court on Mar. 25, 2020, after the Standing Rock Sioux Tribe filed a lawsuit to force the agency to follow the law.

When the government illegally approves plans to clear-cut ancient trees... After the U.S. Forest Service was brought into court over a plan to log centuries-old trees from the Tongass National Forest on Alaska's Prince of Wales Island, a federal judge found that the Forest Service “presented local communities with vague, hypothetical, and over-inclusive representations of the Project’s effects over a 15-year period.”

The court ruled on Mar. 11, 2020, that the massive logging plan violated the National Environmental Policy Act’s core public protections. Two months later, the agency was ordered to complete a new environmental impact statement before proceeding with its plan.

The project would have allowed for the logging of trees equal a forest three times the size of Manhattan. More than half the planned logging acres would have targeted old-growth trees, which are uniquely effective at sequestering carbon, a key defense in the climate crisis.

When the government approves a cargo terminal in a community already overburdened with dirty air... Local groups in California’s Inland Empire are suing the Federal Aviation Authority and the San Bernardino International Airport Authority over the decision to construct a new airport terminal at the San Bernardino Airport rumored to be slated for Amazon’s use.

The residents contend the FAA’s finding of “no significant impact” — for a project predicted to generate one ton of air pollution per day, in a community already suffering from some of the worst air pollution in the nation — is a clear violation of the National Environmental Policy Act.

When the government funds an incinerator in your neighborhood... On the northern coast of Puerto Rico, residents of Arecibo, Puerto Rico, used the National Environmental Policy Act to uncover the truth behind a waste incinerator project, requiring government agencies to conduct public hearings and an environmental impact review of the project.

The facility would lock in the most expensive and polluting means to generate electricity — all while exposing communities already suffering from unsafe lead levels and other toxic emissions to even more pollution.

If it weren’t for the National Environmental Policy Act, Arecibo residents would have few tools to fight and halt the incinerator.

When a massive fossil fuel pipeline is planned in the midst of a climate crisis... Developers cancelled plans to build a pipeline that would have crossed the Appalachian Trail and 600 miles of forest and farmlands, underscoring the importance of the National Environmental Policy Act.

For close to a century, the city’s Atlantic Steel Mill produced barbed wire, plough shears, and galvanized steel, leaving behind 138 acres of contaminated land when it closed its doors permanently in 1998.

The environmental impact statement process for the site’s redevelopment — as required by the National Environmental Policy Act — helped inform the largest-ever cleanup of a brownfield site in history. Hundreds of comments from local citizens identified concerns, from traffic congestion to the protection of historic sites — comments that provided invaluable input into the completion of the project.

The resulting Atlantic Station development is now a model for high-density, walkable urban development and served as the catalyst for the revitalization of an entire quadrant of Atlanta.

6 Places Where the National Environmental Policy Made the Difference

Visit your city’s website to find out when the next council meeting. Start by listening in.

Save your council member’s phone number and e-mail in your contacts.